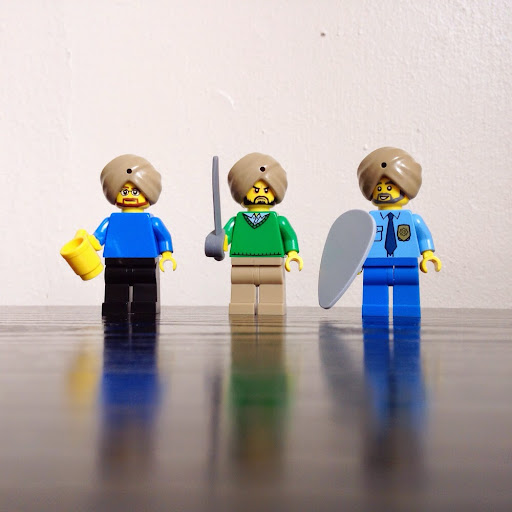 Today I had a trip into town to purchase some Lego Singhs from the Lego store. They're not technically advertised as Singhs but more of a Lego man with a Turban.

You can buy these at any official Lego store as long as you are willing to fight though a barrage of screaming kids and find the parts yourself. 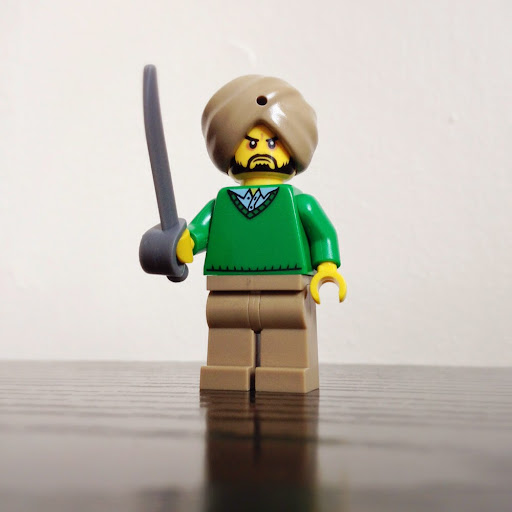 Why blend in when you were born to stand out 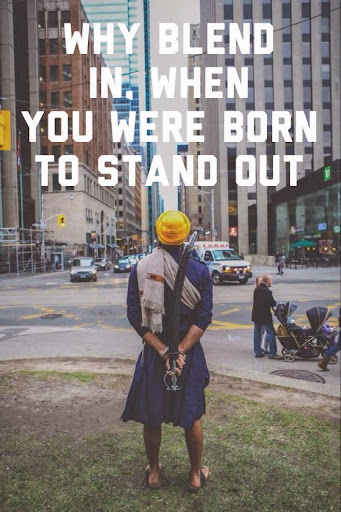 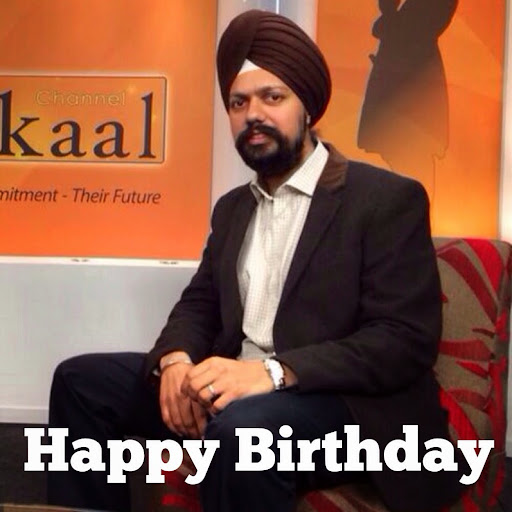 Pav unfortunately didn't win but having a Sikh on national television every day did make an impact.  He survived 33 days which is quite an achievement on its own merit compared to some of the previous housemates.

We've been following Pav on Big Brother since he entered the house on Monday 14th July.  Check out the images below from his time in the house. 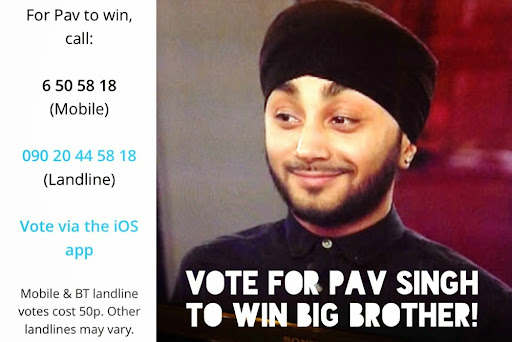 Pav Singh has made it through to the Big Brother UK Final.

Vote for him to win. 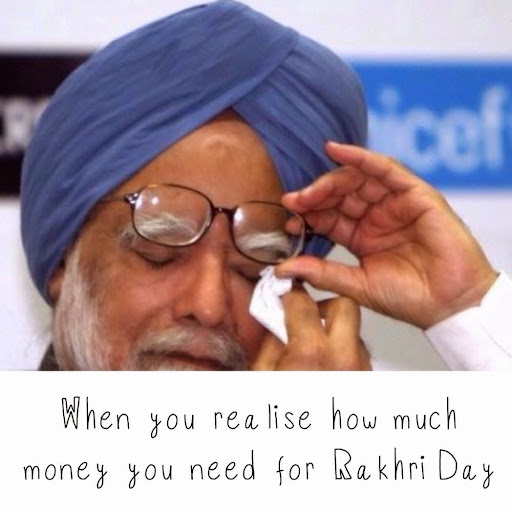 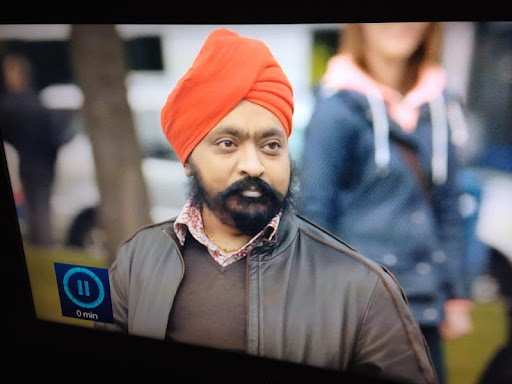 The commonwealth games in Glasgow have just ended and what an event it was! It's very difficult not to compare it to the Olympics in London but it certainly held its own!

Here is a breakdown of hits Look! A Singh! has had during the event.

There we're 23 posts with Singhs from all across the commonwealth and in total Look! A Singh had a combined number of 17,182 hits across the lookasingh.com and facebook.com/lookasingh. 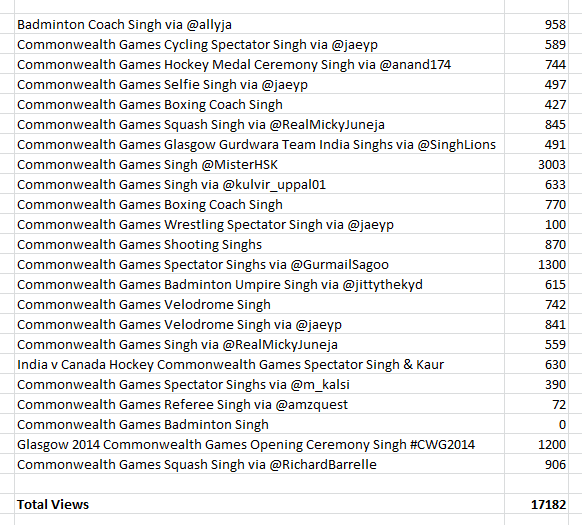